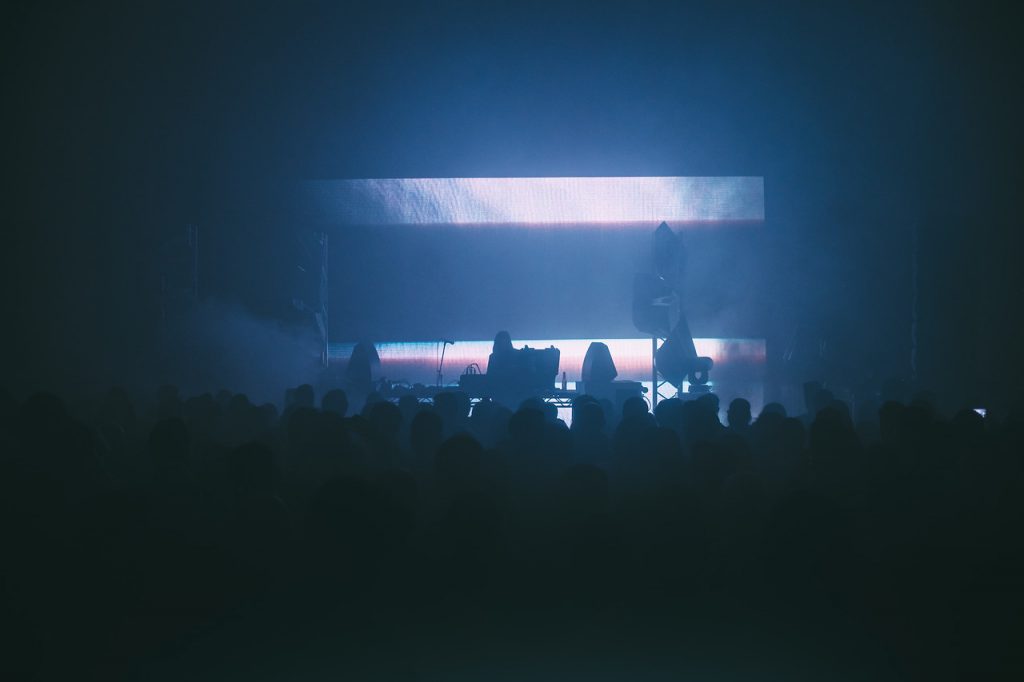 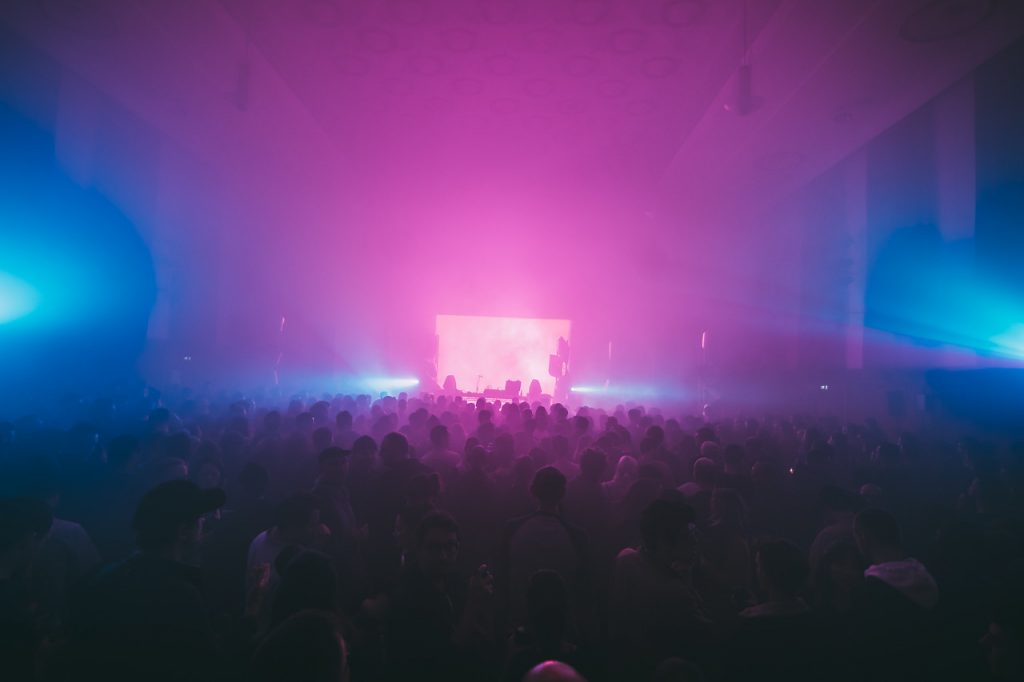 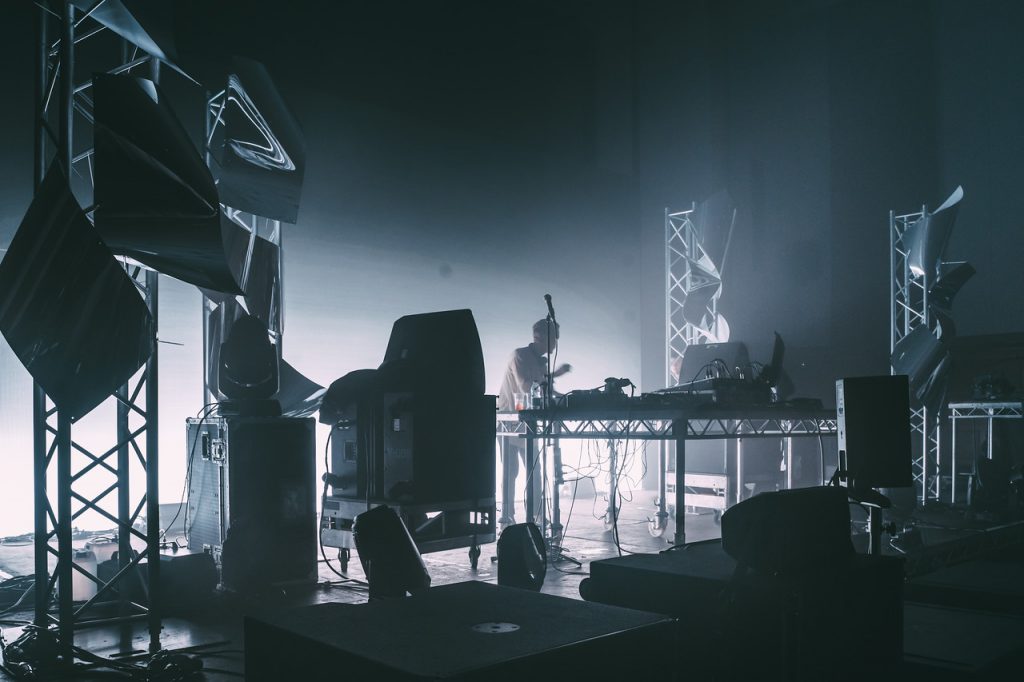 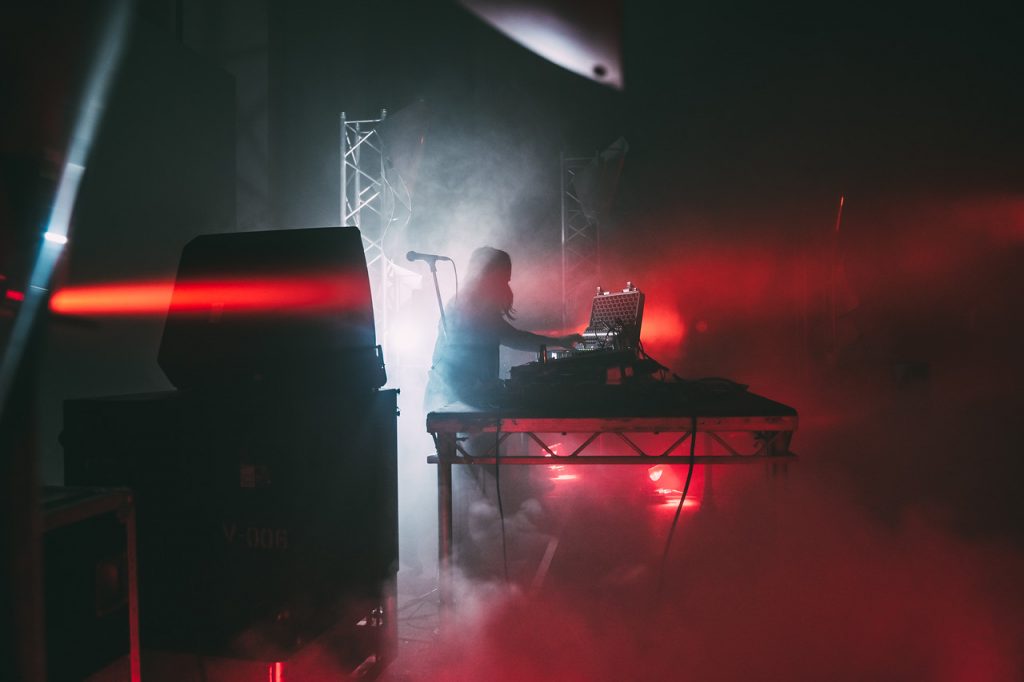 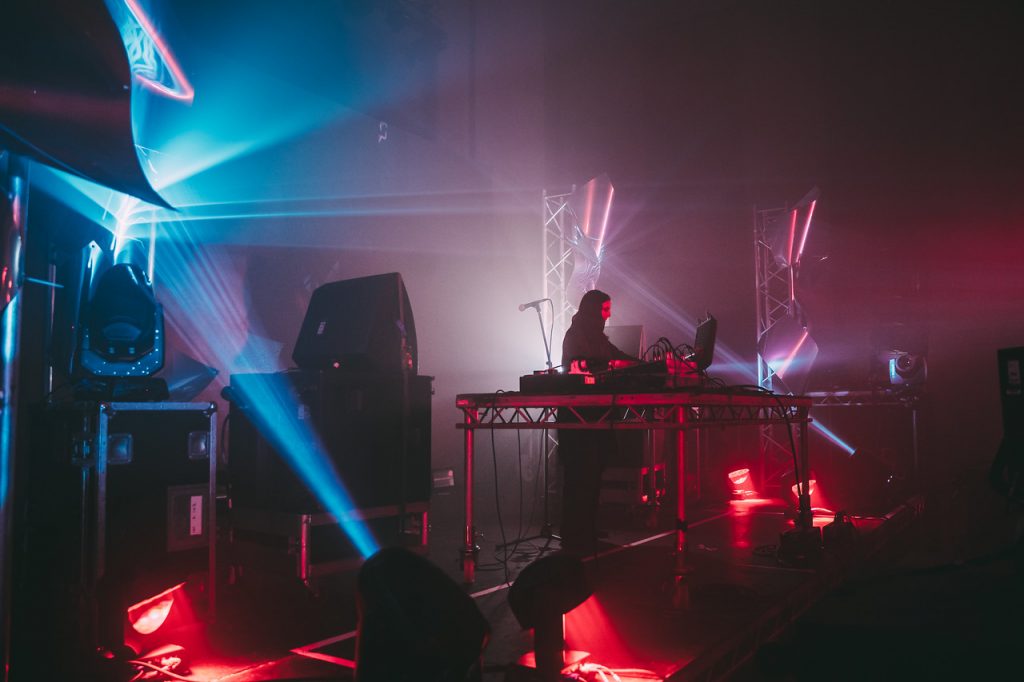 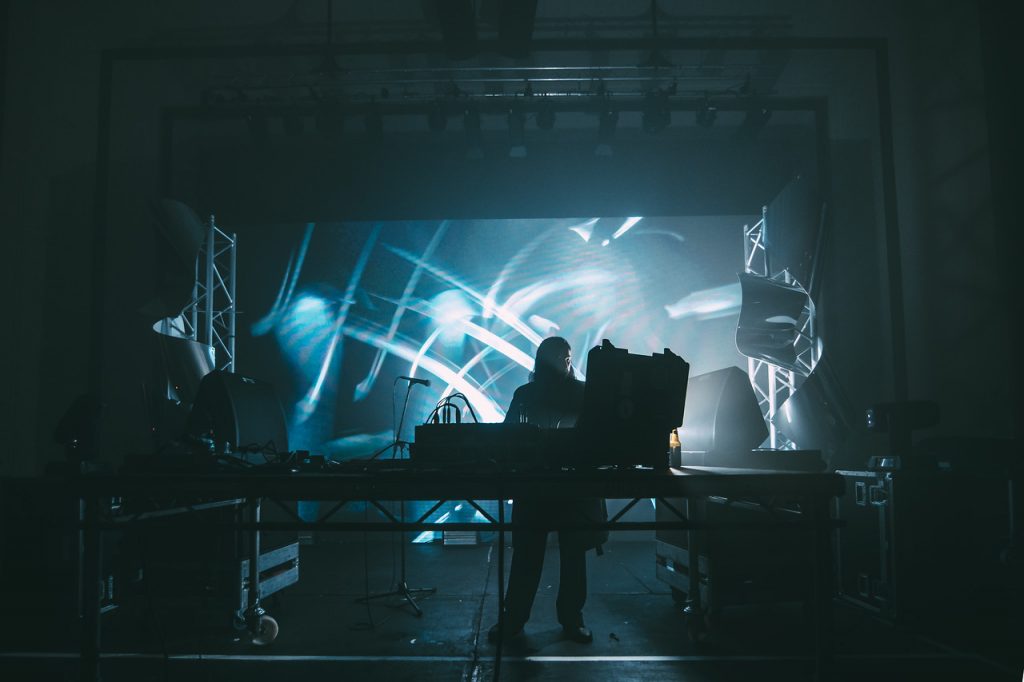 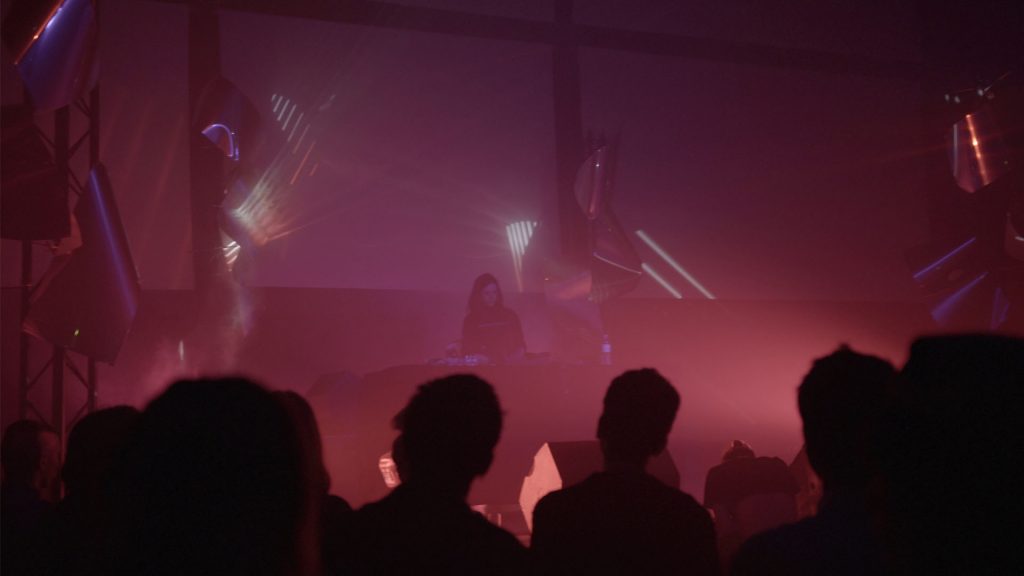 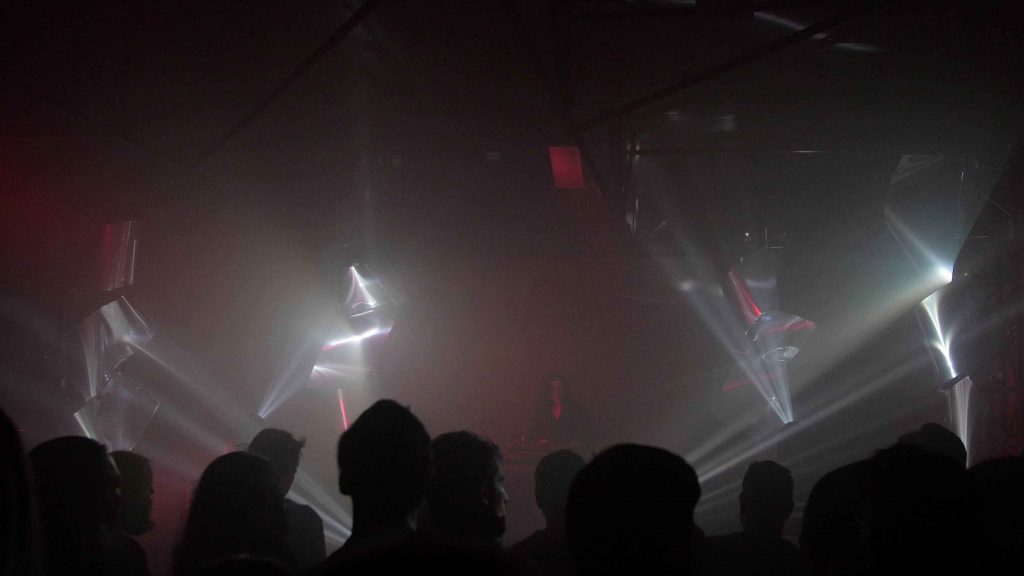 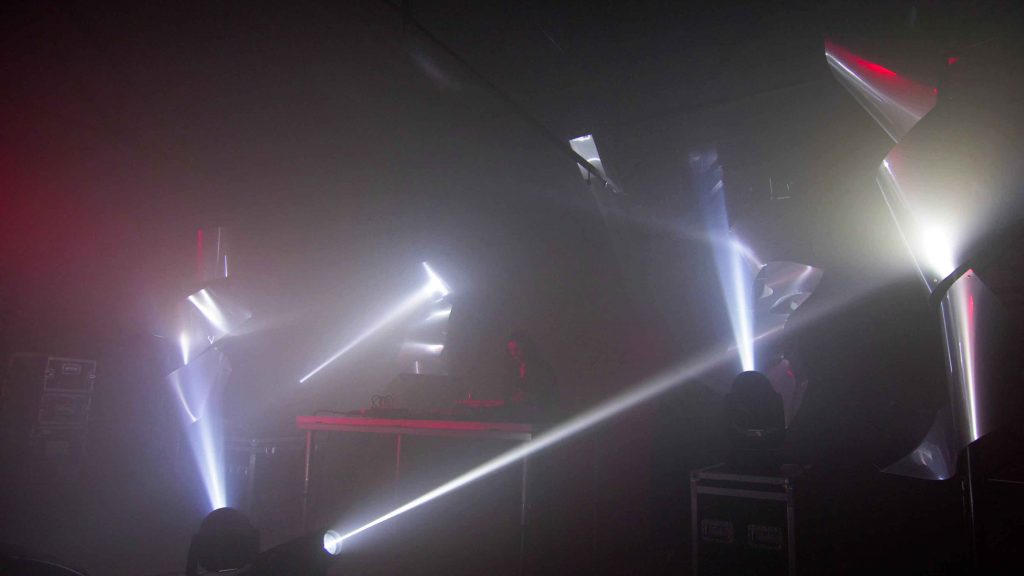 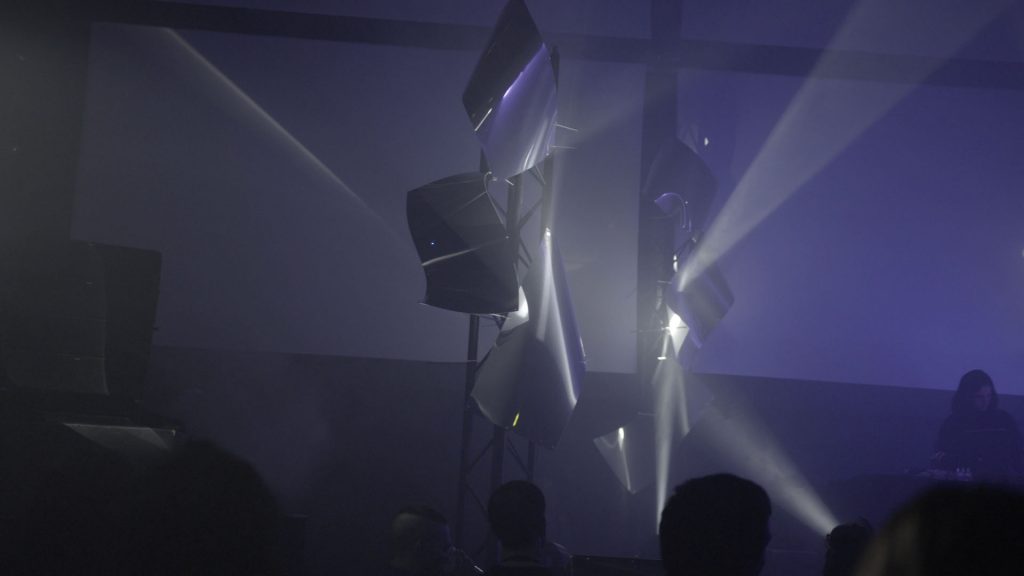 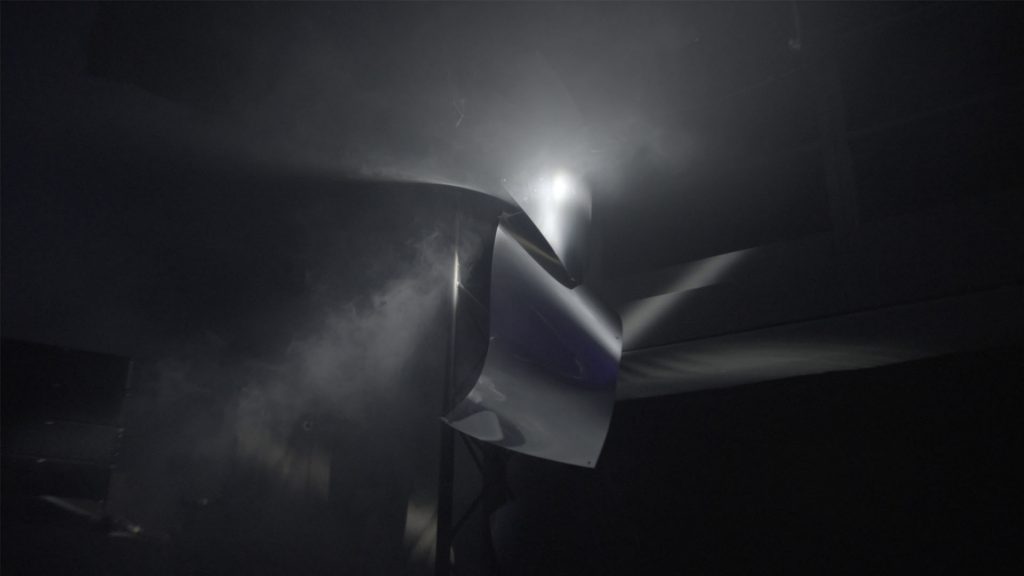 JASSS is in the center of elevated like a priestress in a temple or oracle seemingly coming from a future that has long been forgotten. She is half – circled by six columns that serve as the medium for the actual visual show. These pillars are truss towers with bent mirrors attached to them.

Visuals and lights are being projected against the convex and concavely formed surfaces refracting the images, bending light and reflecting it back into the room as ephemeral, moving light beams trying to manifest themself as a living being made of particles and waves.

We use cookies to ensure that we give you the best experience on our website. If you continue to use this site we will assume that you are happy with it.I acceptPrivacy policy